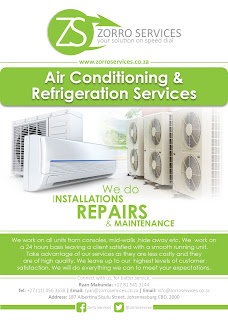 @ZorroServices we are passionate at what we do. We offer the best quality services in town, We are a fast reliable #Airconditioner supplier, We supply all name brands (Samsung, Alliance, Dunham Bush, York, Jet-Air, etc. www.zorroservices.co.za   we also do Maintenance and Repairs Basically www.zorroservices.co.za  is the home of Air Conditioning systems.
Post a comment
Read more 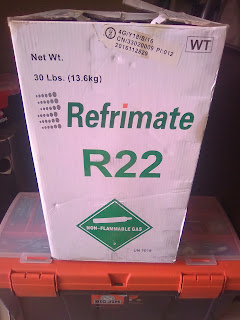 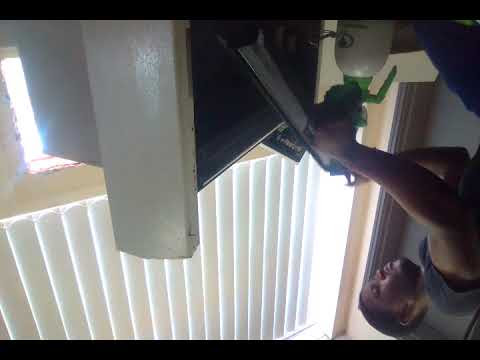 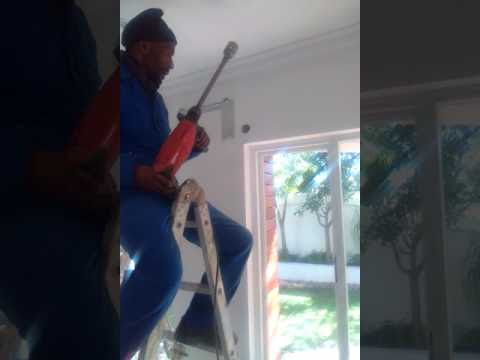 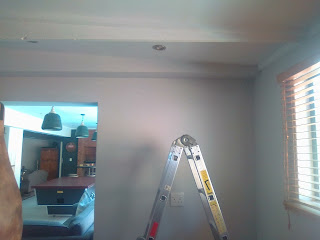 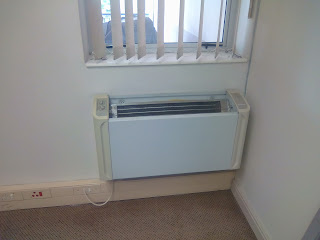 Refrigerant pressure can only be accurately checked whilst the Air conditioning unit is running. Either you can distinguish with a amp meter or by the use of refrigerant gauges, this type of act can or must be performed only by an authorized personnel. There is a number of reason to why a Air conditioning unit is not cooling or heating!.. If there is a lack of  refrigerant in any system it means that there is a leak somewhere!...    Ensure that the correct gauges are used on a particular system be it R22 or R410a. A technician's safety comes first! Checking the pressure on a R22 unit is straight forward and easier to get an accurate reading. On an inverter unit, it is more difficult, but possible to get a good idea of  the pressure in the system. Remember that the pressure in the system is affected by the ambient temperature. On a cold day a unit's pressure will look lower than if you checked on a hot day. +Zorro Services - Air conditioning Your solution on s
Post a comment
Location: 545 Purchase place, 187 Albertina Sisulu Street, New Doornfontein, Johannesburg, 2094, South Africa
Read more

SIZING A ROOM FOR A AIR CONDITIONER 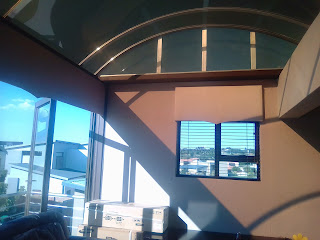 Please note that this section is a guideline, and factors not mentioned here can have a dramatic effect on heat load. If you are unsure about what size air conditioner an area will require, please contact one of the sales representatives at  +Zorro Services - Air conditioning  to assist you. The general rule for the High-veld region is 550 Btu per square meter of room size. Please remember to include any passageways or open areas such as bathrooms leading off the space you require conditioned. Also high ceiling-ed areas will require extra capacity. Remember that glass allows a lot of heat into a room and also allows heat to escape when you are in heating mode. Big windows will mean you need to up-size! Electric equipment and people also add significant heat load to a room. If unsure, contact a sales representative. Remember an R22 unit requires at least 1.5 m of piping between the indoor and outdoor to reduce noise and pressure, and R410a unit requires at least 2.5 m of piping betw
Post a comment
Read more

See my story on Trepup